Raya dah bis baru nak post this because i really wanna compile all the pictures taken for Raya 2017 & post it here! So Raya dah bis pun takpe lah! A picture-heavy post ahead! 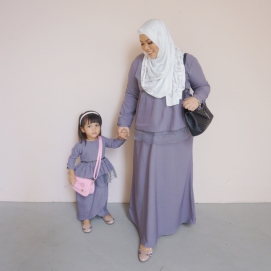 First day of Shawal is my favourite! Everyone in my family gets together and we’ll convoy together, eat lotsa good food, gossip2 & take lotsa pictures! 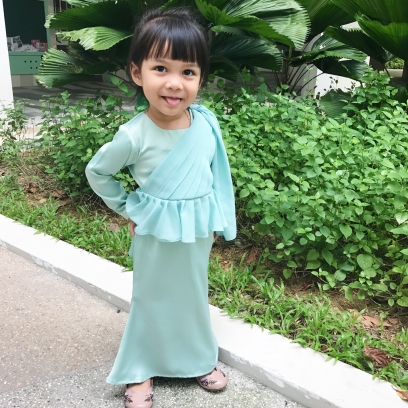 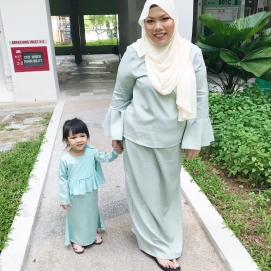 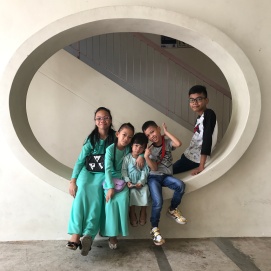 Second Shawal weekend where we head over to the East side for visiting! 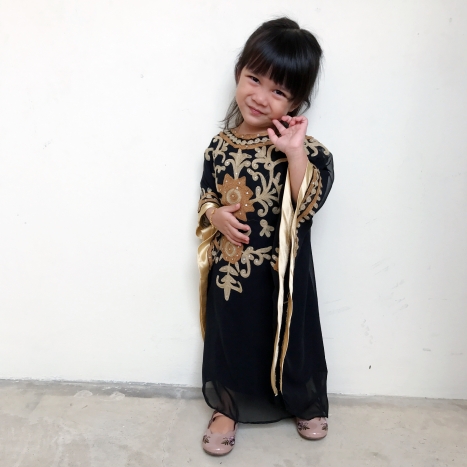 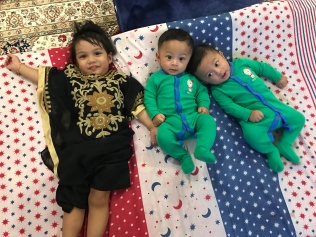 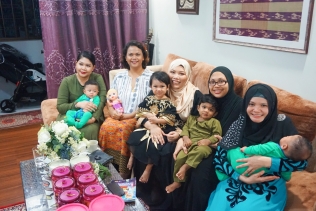 Raya with my HKSS girls at Caca’s house. Also the 1st time we met her twin boys. Nadya is so obsessed with them! Me too! So adorable!! 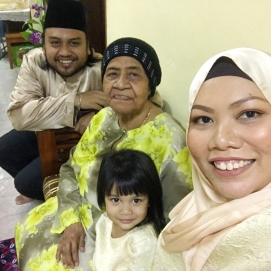 One of our weekday Raya at Nek Long’s house! 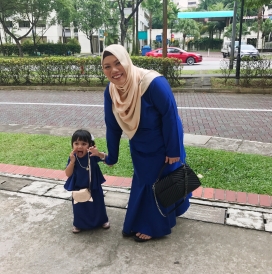 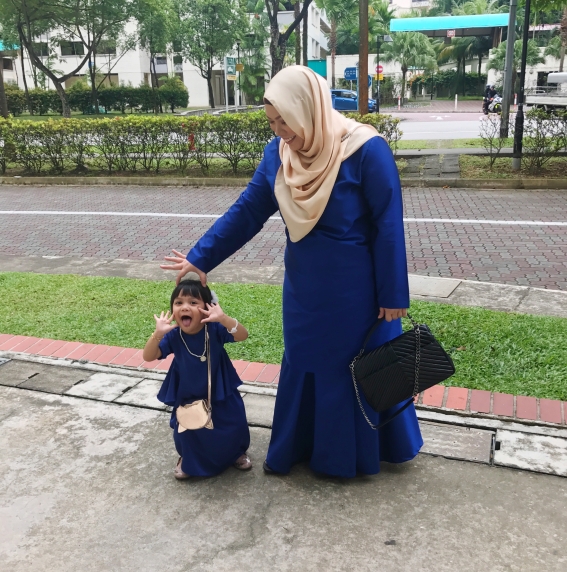 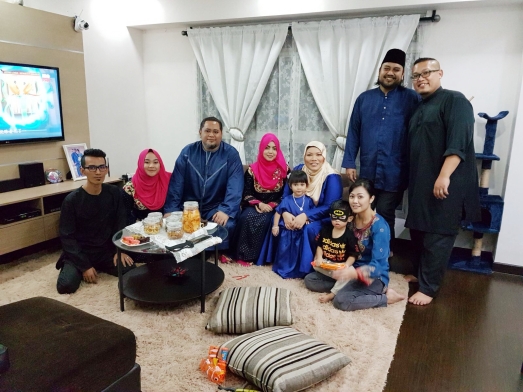 Raya with the bandmates! Not sure why but macam berjanji everyone is wearing either blue or black. 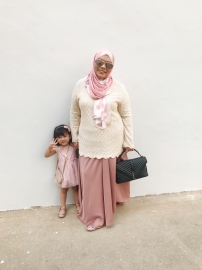 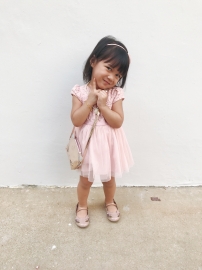 With Rusly’s bandmates at Shafit’s place and i don’t know why but we forgot to take a group picture! Semua sibuk makan tak abis2. 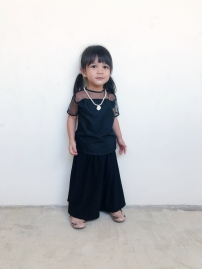 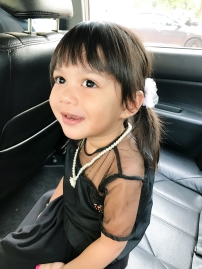 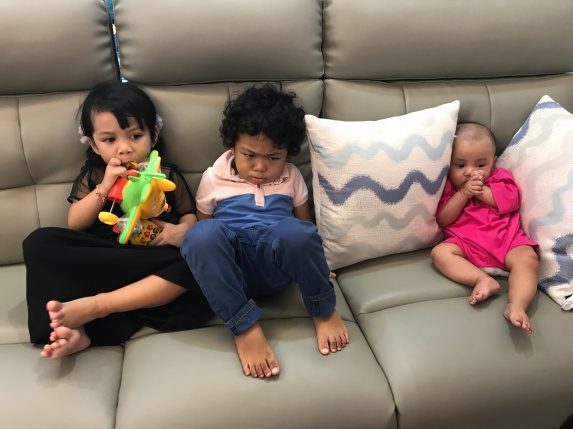 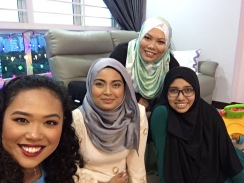 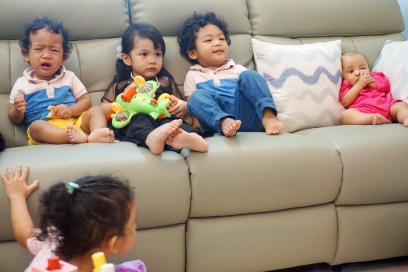 With the mummies at Ross’s house! So kecoh this one because so many toddlers and they all refuse to pose for pictures. We gave up after a while. Lol 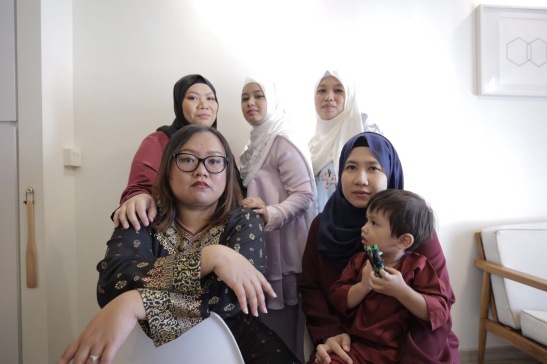 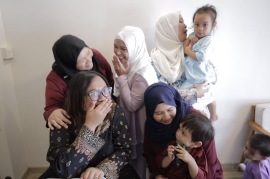 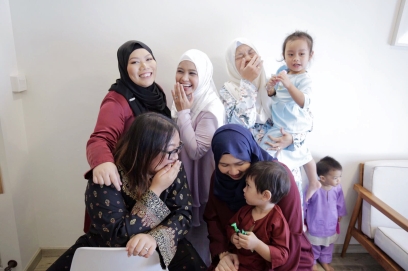 Raya gathering with the #bloggirls at Farna’s place. Mexican food so yums. This one also amik gambar kecoh. Think we gotta wait till the kids are at least 12 yrs old before we can have a proper group picture. 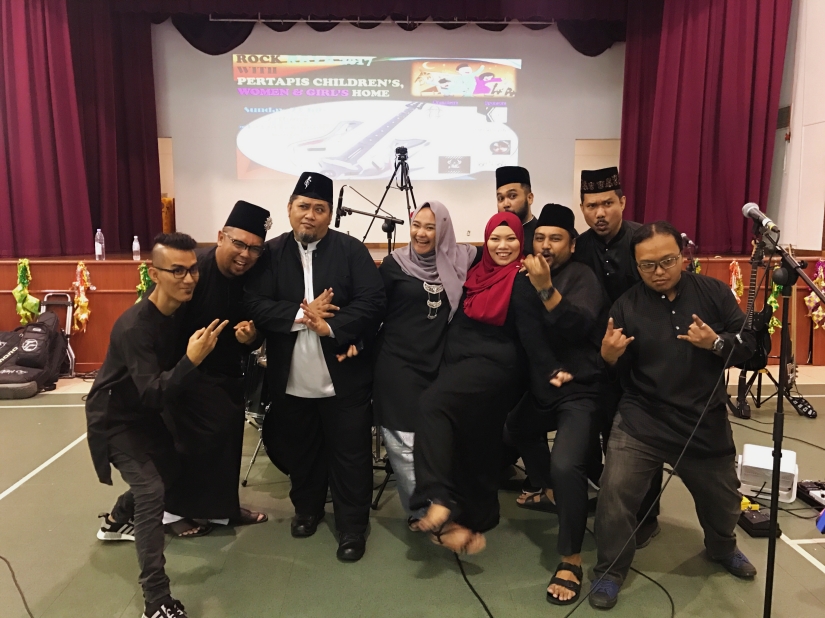 We end our Raya extra special this year. With the kids from Pertapis Children’s Home & Pertapis Women & Girl’s Home. It was so so emotional. I cried so many times but it also made me happy to see the kids happy. Wish i could share more pictures but i can’t release pictures with their faces on it so this would do!

Told you it’ll be filled with lotsa pictures but i don’t want to miss anything out. This Raya, sampai pikiran nak pakai baju apa lagi cos we only bought 3 sets. But we end up reusing last year’s baju & it all worked out fine!

It is also my 1st Raya wearing the hijab so it was also a hassle to match with my baju raya & all and while i’m more or less comfortable wearing it now, i still have my own #hijabproblems during Raya. Kuah tertumpah kat tudung jgn cakap k. Tudung aku leh buat world map sendiri.

Met the other girls for Elyn’s wedding yesterday. Initially thought i might not be able to make it cos Rusly might have to do Hospital duties but Alhamdulilah the MIL got discharged on Friday so we just have to head over to Yishun after the wedding at Woodlands, so it was pretty convenient to do a quick trip to the wedding.

The last wedding before i give birth and be deprived of Ayam Masak Merah orang kahwin!
Reached at about 12.30pm, just nice because the groom just arrived with the kompang & his entourage. We were sitting too close to the pelamin though so the kompang was right behind me. Baby had a blast dancing to the rhythm of the kompang.

Managed to meet Baby Shafa again. Kesian dia kena romos2, pipi kena cubit2.. tangan kena squeeze2 by all the kakak-kakak. Such a sweetheart. Each time she smiles, it got us in an excitement. “alahhhh.. tgk tu dia senyum.”
Shafa pun layankan je! Lol.

I had to leave shortly after Elyn left for the Groom’s side because Rusly was waiting for me at the carpark. He wanted to catch up on some sleep, so kesian. That and because he refused to wear long pants because it was such a humid day and i refuse to let anyone wear bermudas to weddings. Hahahaha

One last thing to do before leaving. Photobooth pictures with the girls!
5 girls and a baby.

Who knew blogging brought us girls together, eh?

On this special day, the husband and i’ve decided (at the very last minute) to just go ahead and announce our pregnancy on social media.

To be honest, we only decided to announce because we have friends and family who have been leaving baby-related comments on our social media posts and it’s pretty obvious already. LOL
and also because i’ll need to announce to The Card Maison future clients soon because i’ll have to close orders for April & May weddings soon as i’ll be on Maternity leave in from late December to February.

So yes, we are finally pregnant! Yaaaaaayyyy!

With that, i have also un-privatised my posts on the The IVF Journey and The Pregnancy.

I first announced my pregnancy a few days after our positive blood test here. So you can now read how excited i was upon finding out.

I’ll be 4 months pregnant tomorrow . Almost halfway through the pregnancy. So fast!

END_OF_DOCUMENT_TOKEN_TO_BE_REPLACED

So last friday, a few of us bloggers met up for dinner. I’ve met some of them previously. Either at Farhana’s wedding or because they were Card Maison’s clients but i love it that we all hit it off so so well!
You know i sometimes get a little scared of meeting a group of girls for the 1st time because you just don’t know what to expect lah. Especially if we all come from different backgrounds. Be it school or employment. It’s really hard to know if there’s gonna be awkward moments.

We talk mostly on weddings, vendors, shitty vendors, shitty brides, shitty makcik2 kepo. hahahahhaa
Marriage, home renovations & pregnancy. We also talked about pusat and makcik sembunyi bawah katil. ahahaha
That was a private joke and you just have to be there to fully understand the joke.
We also watched Farhana’s wedding video!

Not sure if you can recognize all of them but here’s who’s who.

END_OF_DOCUMENT_TOKEN_TO_BE_REPLACED

Last monday, i had the chance to go watch Yuna live at Esplanade for her Nocturnal Tour.
That woman is ah-maaaaazzzzziiiiinng!

That sultry voice and the band that accompanied her was superb. You know i almost cried when she sang some of her songs. Lol. There was just so much sincerity in the lyrics, you can’t help feeling like that song was made for you.

I love the Esplanade halls but hate the seats.

END_OF_DOCUMENT_TOKEN_TO_BE_REPLACED

Most of my saturday was spent idling away and then late night, we kidnapped the mom-in-law for supper at Evans Rd and then Durians at Geylang!

I’ve realized i can no longer gorge myself with durians like i used to.
I usually can finish up 2-3 whole durians by myself. I have immense love for that fruit.
Now, i’m done with half a durian before it gets too heaty.

We started off our Sunday with Zafran’s Baby Shower at Choa Chu Kang.

As we all know, Farhana of Kahwin Khronicles got married last weekend.
When she whatsapp-ed me to ask if i can make it for the wedding, i realised i actually have that Wedding Showcase from 12 – 8pm. uest were expected to arrive at  7.30pm and the bride & groom were expected to march in at 8.00pm. Even though Farhana mentioned it’s a casual affair and i can come in later, i thought it would be nice to sit through the entire thing from the start. So i cabut from the wedding showcase earlier.

We managed to arrive by 7.45pm, gi washroom, amik photobooth picture and all before the Bride & Groom come marching in.

and can i also mention that by 7.45pm, most my makeup was gone, rambut dah macam tiga hari tak cuci.
Having a wedding showcase at a Multi-Purpose Hall is NOT a good idea, i tell you. I was sweating buckets most of the time.

The newly-weds giving a speech before the mic was handed over to their entourage.