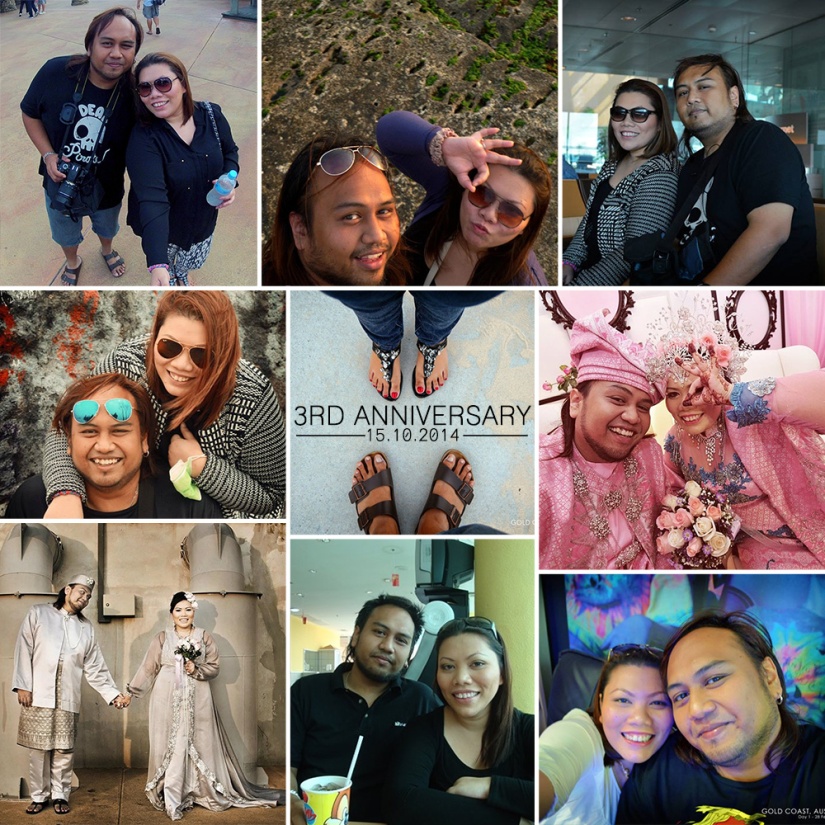 and we’re three today! Although i kept thinking it’s only been 2 years.
How did 3 years pass by so fast?

We did not plan anything for this year although we pretty much go for short trips on each Anniversary, this year is an exception because my husband is a pregnancy nazi. He is not ok with me taking flights during the pregnancy although i’m having a pretty normal pregnancy and i see pregnant women travelling for work & holidays all the time! I had to beg him to let me take a flight to KL this November because it’s less than an hour and it’s so close to home.

Yesterday, we were watching some Cooking/Travel Show and they were showing Tom Yam Goong at Krabi and i asked him if it’s okie if we go to Krabi for a short while on my birthday weekend (which is next week hahahahha) because i wanna eat that Tom Yam Goong at Ao Nang.

He gave me a death stare so i assumed that’s a no. I told him i was craving for Tom Yam Goong and he told me to cook it myself. Pffft.

They say pregnant women get everything they want. So not true!

and then i thought maybe we should go to Carousel and pig out but selfish me think it’s not worth it because i cannot eat Sashimi and Oysters and who the hell go to Carousel and not force-feed themselves with Sashimi & Oysters? Definitely not me! I think i’ll either be so sad i can’t eat sashimi & oysters when i’m there or i’ll just try my luck and eat them, and then get salmonella. Hahahahaha

So, it’ll be a stay home anniversary for us with him catching up on Suits on the ipad and me playing Frozen game on my iphone. How interesting. Lol