We were supposed to head over to Disneyland on our 2nd Day but guess what.. we woke up late and by the time we went out of the apartment, it was about 9.45am. We went to Shinjuku Expressway Bus Terminal which is just next to Takashimaya Times Square and tried to get the direct bus to Disneyland. But their last bus was 9.50am.
-___-

I remember i jot that down somewhere but i forgot where. Kaoooo.
So yeah, we shifted our itinerary around and decided on heading to Asakusa instead!

We head down to Ippin Asakusa for lunch. Ippin is by Les Copaque, the same production company that produces Malaysia’s famous cartoon duo, Upin & Ipin. Hence the name Ippin, i think. 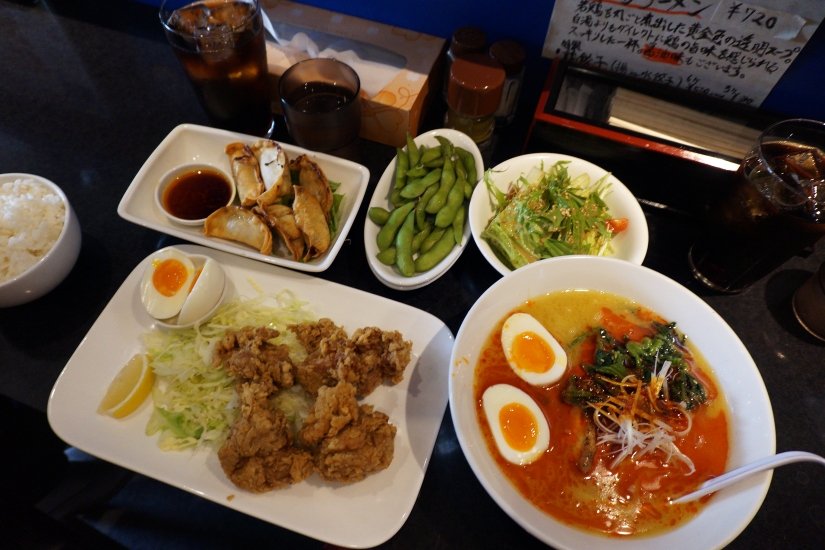 The Ramen is good! Love the broth.. It’s simple but hearty. It wasn’t very spicy but i was ok with it cos it didn’t spoil the taste of the broth. Rusly ordered a rice set with some fried chicken and the chicken is so lembut, omg i’ve never tasted chicken that lembut!

Turns out they only use this Kumamoto Chicken which is bred 2-3 times longer than normal chicken. It is really so lembut even the breast part, which is usually not our favourite cos it’s dry, is so sedap & lembut. 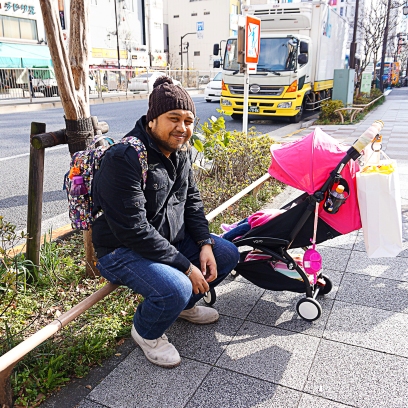 What made it even nicer was because Nadya slept through the entire lunch session. Hahaha. No attention seeking toddler to steal our food. I feel so bad for saying this. Hahahaha.

My two sweethearts. Taken in Asakusa. ❤ 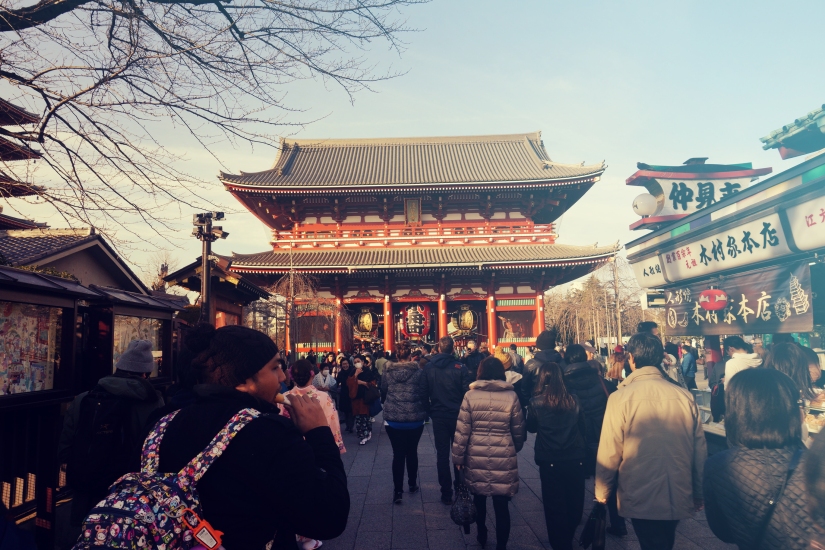 We then head over to Sensoji temple which is few steps away from Asakusa Station.
There’s nothing much really. We end up walking through the Nakamise Shopping Street. 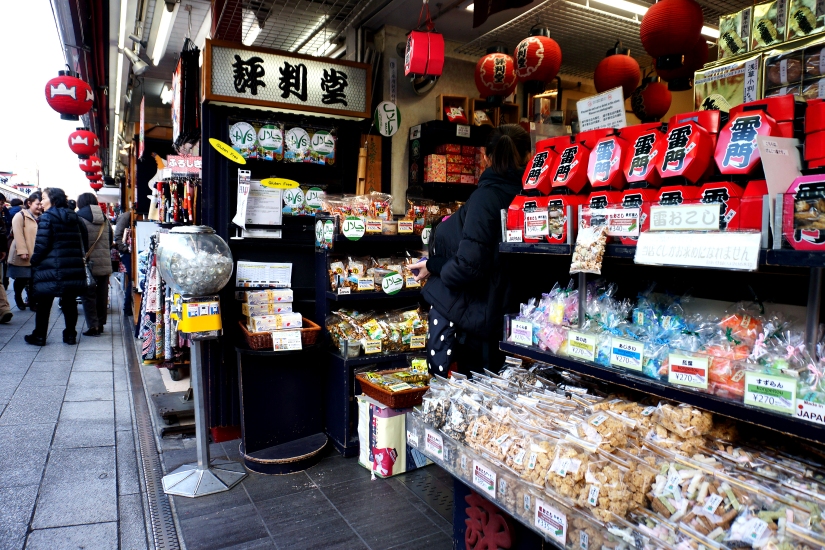 There’s mostly souvenirs. Lotsa them! We didn’t buy any souvenir though. But if you’re looking at buying stuff like paper fans, kimono etc, they sell it here and i think it’s cheaper here? I don’t know. 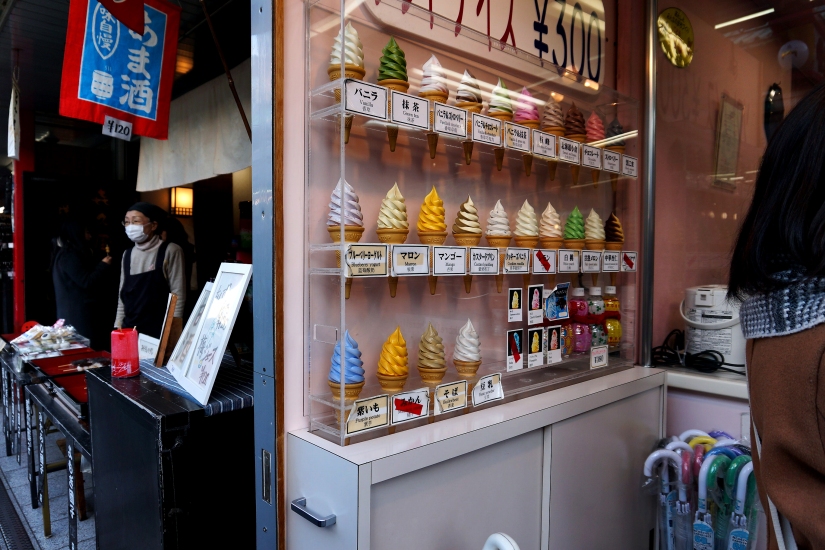 We sat around and people watch and waited for the sun to set. It was beautiful. 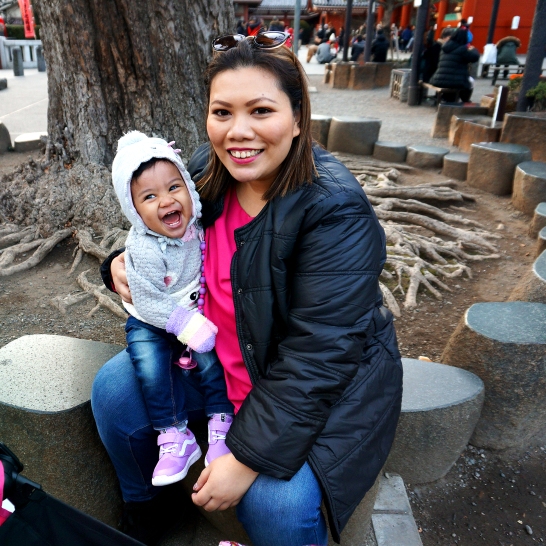 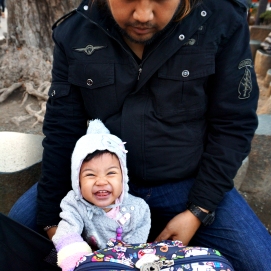 Asakusa has this old charm vibes to it that i like. Yes, it’s not vibrant as Shibuya but Asakusa is worth a visit! 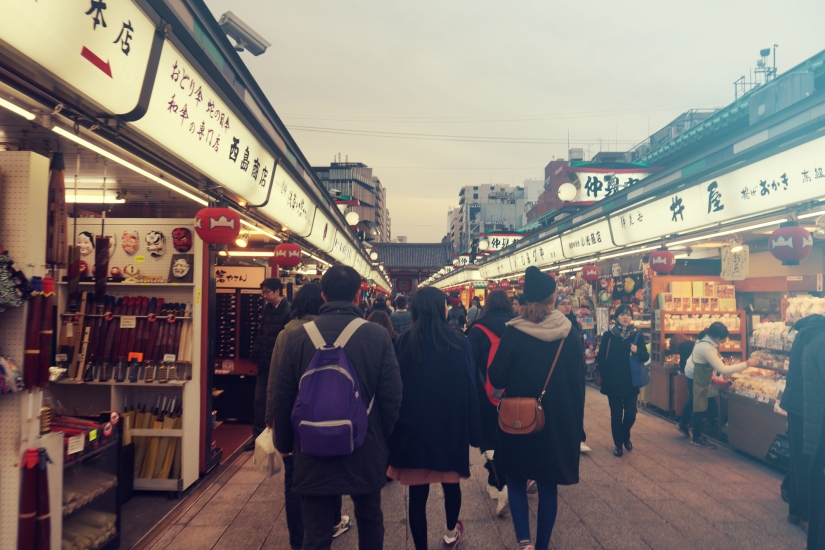 We headed back to Shibuya cos i wanna people watch again. This time at the famous Shibuya Crossing!

Took that shot from L’Occittane Cafe, just across the Shibuya Crossing! 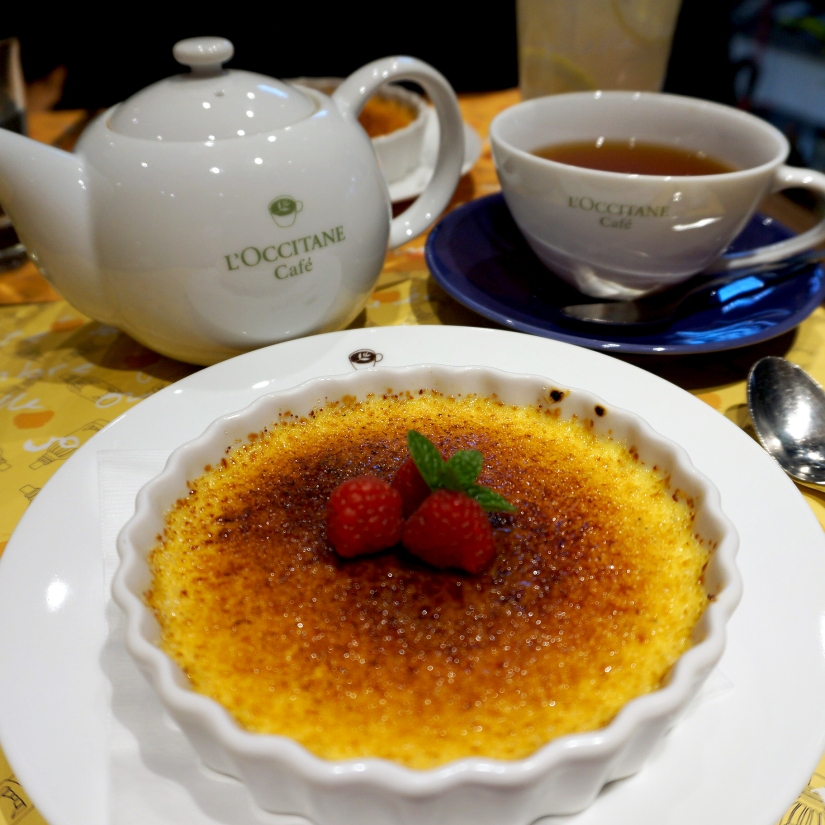 I had the nicest Creme Brulee here. We went in with no expectations. I just wanted to sit down & watch the Shibuya Crossing. The other option would be Starbucks but since L’Occitane Cafe is something we don’t have here, i thought why not?!

After walking for abit at Shibuya, we head back to Shinjuku. I was looking for Shinjuku Sakae Sushi but after going round & round, turns out the place is no longer there. Sighhhhhh. 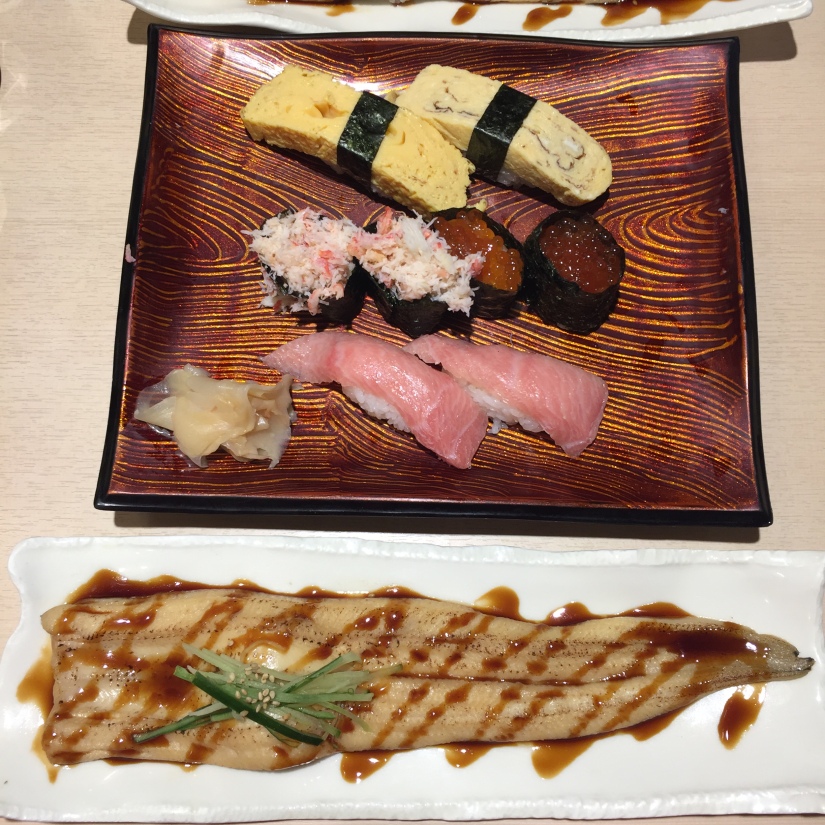 So after doing so many rounds, we settled down for the nearest sushi joint, Kizuna Sushi.

That Unagi is huge! We also ordered Grilled squid. Didn’t manage to take pictures of it cos it was so nice, we gobbled it fast and that fatty tuna is so yums.

We gave Nadya the Tamago (Egg). Look at that face. That Tamago ada happy pill agaknya.
Nadya mostly eat whatever we eat there. But no raw food of course.

We head back to our apartment after that after a long day. 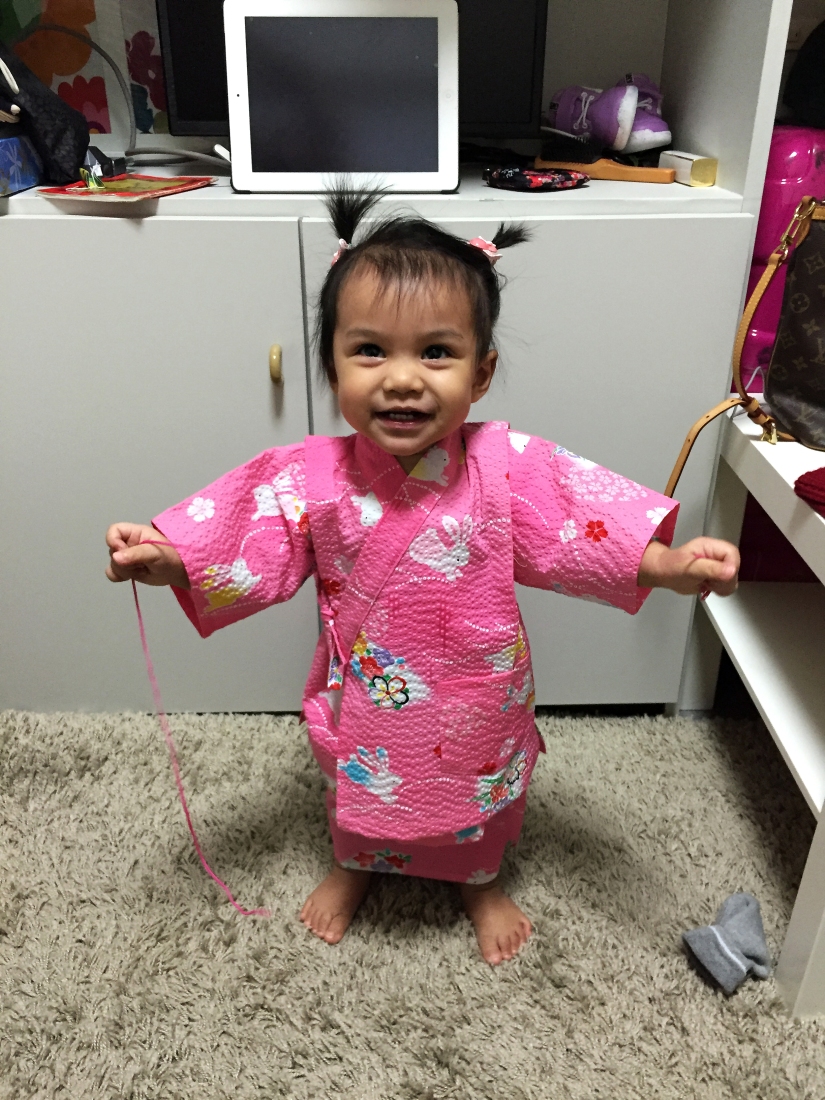