No we are not in Tokyo. Yet.
We’ll be in Tokyo in less than 3 months now! Yaaaaay.
It’ll be our 1st Winter holiday. Brrrrr. I know Rusly is secretly happy to have a winter holiday on his birthday. My husband seriously got thick skin. Can withstand cold very well. On the other hand, i get cold really easily.

I’m finally done with the 1st stage of planning!

Will be flying via Singapore Airlines and snagged tickets for the 3 of us at $1500, which is a good deal cos that’s what it’ll cost for Budget Airlines if we didn’t book our tickets reallly early. Like at least 10 months early.

We were ding-dong-ing between booking AirBNB or Hotel and finally decided on AirBNB cos we found a decent apartment at a decent price at a good location.

It is a nice size for the 3 of us and most importantly it is quite close to Shinjuku Subway, which is the busiest station on Tokyo. In the world, even. That’s because there’s so many lines running through the station so it’ll be easy for us to go from one place to another. Cos taxis are really cekik darah there. A 10 minutes distance can cost you about $30.00 gitu? So we must take the subways and i’ve been studying the subway lines intensely. Pening ah but do-able?

I’ve already done up the itinerary for this trip and Disneyland is definitely in it.
Other than that, we’ll be heading to Shibuya, Harajuku, Roponggi, Asakusa and Mount Fuji. Would love to go to more places but we’re trying to pace ourselves since ada Nadya, and it’s winter.

I was thinking of getting Winter Clothes in January. Hopefully it’ll be cheaper then. Probably will just get one Down Jacket from Uniqlo here and then buy another one from Uniqlo Japan cos it’ll be cheaper. I’ve already got some HeatTech Tops from Uniqlo cos they were on Sale at $14.90 last week. So i bought few pieces for myself & Rusly. Will also get heat packs for me & Nadya especially. Obviously worried about the cold. Tapi nak pergi winter holiday. Lol.

I think we can survive the city but because we’ll be heading to Mount Fuji area, it’ll be even colder there. Friends who’ve been to Japan mentioned that February is the coldest month in Japan cos Winter is ending soon. So we’ll really need to bundle up but i don’t think i’ll buy too many winter clothes. Just get some basic ones and then buy a few more in Japan. Mana tau ada Sale? Cos they’ll need to get rid of their winter clothes also kan.

I’ll need to get a pair of boots for myself though. Rusly will be wearing his Timberland Boots and even though i’ve got one, i realized the sole is the same as sneakers and it’ll probably be too slippery so maybe i’ll get one of Timberland boots as well.

Was thinking of the pink one! So cute! 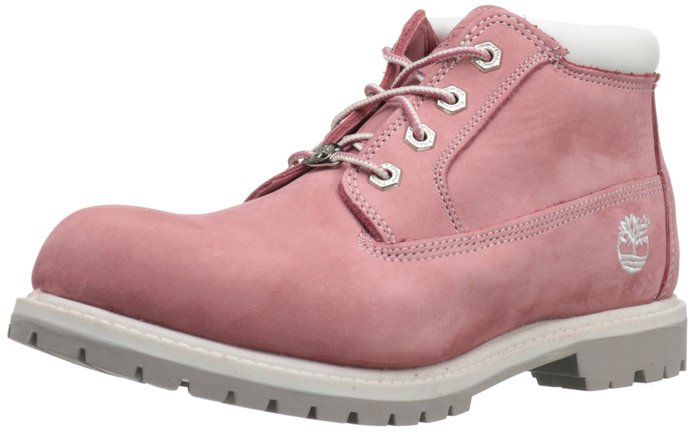 I was initially thinking of getting it thru Amazon for US$120.00. Shipping would roughly be S$35 – S$40. it Will be about S$200.00. It’s selling at S$249.00 at our local stores. Not sure if it’s worth the hassle though. Cos i already know what’s my Timberland size. I’m also not sure if i should go and get the classic Wheat Yellow colour instead cos it’s easier to match and it’s a classic.

I did manage to get Nadya some cute Winter Boots at H&M when we were in KL. SO CUTE!!!! Ada bulu2 lagik seh. And murah gila. Hahahaha. I bought few size bigger cos she’ll have to wear socks and also cos kaki dia cepat gila grow.

Then stuff like gloves & scarfs, i’ll just get it from Taobao. Cheap cheap good good.

What’s left to do now is to decide if we want to take the Narita Express / Limousine Bus from the Airport to Shinjuku. There’s not much difference in cost and journey time. Plus minus je. But luckily our AirBNB host was nice enough to let us check in early at 12.00 noon instead of 3.00pm so kita takyah lah merayau2 macam perantau tak betul.

I have intense love for Sushi & Sashimi and BBQ Meats. So this trip, i will makan sampai aku jelak.

And you know what’s chronic? We’re not even done with Rusly’s birthday trip yet and i’m already surveying ticket flights for MY birthday trip, which is in October 2016, Insha Allah kalau panjang umur. Much to Rusly’s annoyance. Especially since i keep going “Eh New York k. Amacam, New York ok?” hahahahaha.