Just a quick post because i’m up to the neck with work cos something really interesting is happening next week at work. It’s all hush-hush now and i honestly can’t wait for February to be over because i miss browsing blogs and shopping sites. Stealing a few minutes to cramp in a short review, an intro and some news.
If you have not heard, Charisma Bridal have recently launched their restaurant, Charisma D’Venue, this is also where they house their Bridal (at Second Floor).

So, last saturday i had a meeting with Kak Salwah for the upcoming Wedding Showcase and took the chance to eat! Bila dorang bukak kedai at Bazaar Geylang last year, i went crazy for their Jumbo Burger and Ayam Percik. It was so so nice!

Loved the white interior! At night, it will be slightly pink cos of their illuminated pink lightings.

So, anyway here’s what i tried on Saturday. 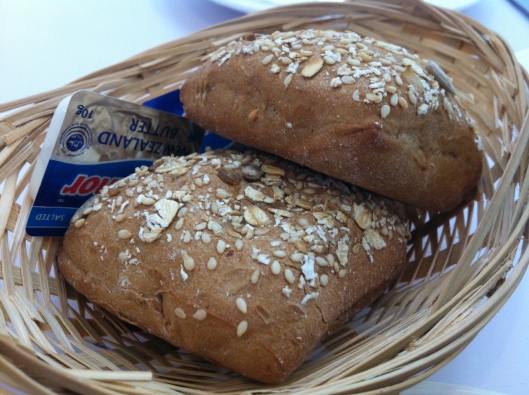 Prior to Saturday, i was on a no-rice diet (if there is such a thing! hahah) because i ate a lot when i was in Bandung and KL, back to back. I figured the perut needed some tender loving care but i couldn’t resist their Ayam Masak Merah so i caved in. fail habis.

The ayam was huge and when u cut it open, u see all the asap coming out because it was freshly cooked. The flesh was tender, the rice was flavorful with lots of raisins (i like!) and the kuah ayam masak merah is so so nice!

But, be careful cos it’s  HUGE portion. I could barely finish it up and once i was done, rasa senak macam ular baru abis telan anak kambing. Selamat distance from the restaurant to the carpark dekat.

This is what the husband ordere. The Jumbo Beef Burger. Look at those telor, man!

So, sunday came and we watch Ah Boys to Men II (which is super funny btw) and Nini suggested dinner at Charisma again. I am not one to resist good food so i texted Kak Salwah to reserve a table for 7. Lucky i made reservation cos i when i went over, the restaurant was almost full.

This time, i had the Ayam Percik for starters.

I swear i will have these for Mains next time!

The picture i took was not flattering so i had to curi this from their FB page.
Their Ayam Percik is the best i have tried, ever. Malaysia punya pun kalah. I swear.
i dunno what her mom put in the satay sauce but it was the best satay sauce i have tasted. It was sweet but nott too overly so and the thickness was just nice with the right amount of peanut. Sedap nauzubillah. You MUST order this if you over!

Guess what, i’m going over again for another meeting and i think i’m gonna attack the ayam percik.

I have been doing their Menu and Flyers for them and each time, i salivate looking at the pictures. Kalau aku tau, time buat menu tu, i would have renamed it Ayam Percik Sedap Gila. hahaha

Another thing you should know, you can now hold your wedding or any other small functions there! It’s okay if you are not taking their Bridal Package. They have a makeup room that you and your mak andam can utilise at the 2nd floor. Their catering packages are affordable and the place is convenient with ample parking spaces.

They are having a wedding show this saturday. The Card Maison and Jentayu would also be there!

Tickets are at $25.00 and you can use your tickets to offset any packages you signed up for on that day and International Buffet is included!
awesommmmmeeeee…
maybe i’ll go attack the buffet table instead of my booth. lol

So if you BTB have not found any caterers, give them a try!
If like me, you are pengantin basi and you’re looking for an excuse to expand that waistline.

Go to No 37 Joo Chiat Terrace okie! Here’s how!

Again, what was supposed to be a quick post turns out to be a lengthy one, as usual and i have yet to update on Bandung & KL Trip! Soon!