So overdue but i still want to finish up all my overdue entries!

It’s Nadya’s 2nd time at Cool De Sac. Didn’t mind it at all cos she had fun the last time she was there and also i don’t know of any other Indoor Playgrounds at Town / Central area which is more convenient for all us.

As always, Nadya’s favourite. Mesti nak masuk ball pit 1st. But i had to pull her out of it after that cos there was a boy, about 5yrs old who kept diving in the ball pit repeatedly. The mom pun mcm no brain. You know there were few toddlers in the ball pit, tell your toddler not to dive in ah. You don’t just sit in the ball pit and laugh with him. Some parents, really one kind.

We played at the main area for a while but it was a little rowdy, partly cos it’s the school holidays so there were many older kids.The main area is not padded so when the older kids knock her down, she’ll fall on the concrete floor and after that incident where she fell flat on her face because an older boy knocked her down during waterplay, i get really paranoid! But i also don’t want to be a helicopter mummy and hover around her all the time. Then i remembered there was a hidden toddler area right at the back.

Just perfect cos everything is toddler-sized and the area was padded so i let Nadya run free without worrying a bigger kid will knock her down and even if she jatuh ke apa, it’ll hurt lesser? lol

Hahahaha i cannot tahan this picture. Nadya posing tak leh angkat!
Oh and it’s so difficult to get the the 3 of them to take a group picture. 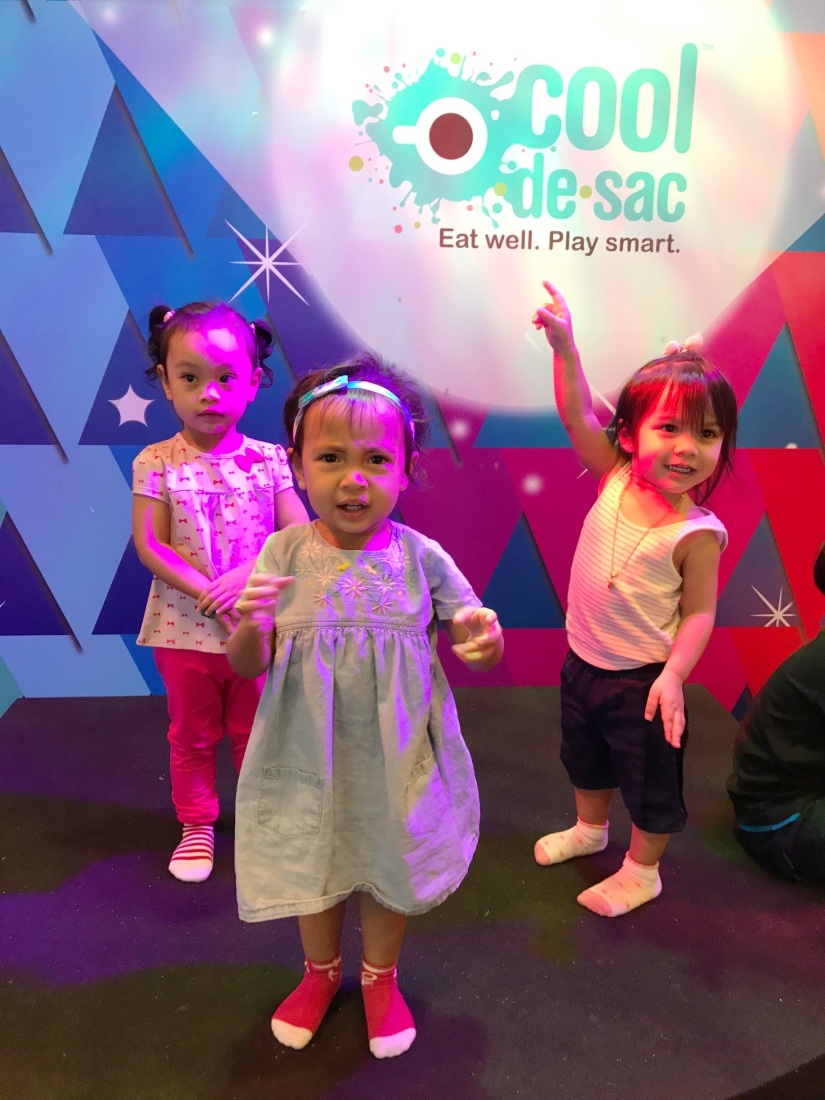 One with the mummies! The babies knocked out after the whole thing. Thank goodness!