So we had the detailed scan last Thursday and that was the longest wait we ever had. A total of 4hrs wait at the hospital! My bontot boleh grow mushroom, i tell u.

Our scan was scheduled at 4.20pm at the Fetal Scan Centre (FSC) but we only managed to go in at 5.50pm. 10 minutes before the FSC closed for the day! Of course, i was hopping mad and had to ask the counter three times to check when i can go in cos my appointment with Dr Citra was scheduled at 5.00pm and we were soooo late!

But finally understood why when it was our turn! The sonographer took so long to get the scan done cos the baby refused to cooperate. (Pretty sure baby was angry at having to wait for so long and i’ve not had my lunch and all). Baby’s face was facing my back and the back facing sonographer (merajuk lah tu!) hahaha. Because it’s a detailed scan, the sonographer have to make sure that all necessary measurements were taken. Importantly, the 4 heart chambers and if baby is getting enough oxygen from me etc. It was all very technical but pretty interesting cos it’s almost like a 360° degree view of the baby. An uncooperative baby. Lol

What was supposed to be a 40mins scan turned out to be an hour + scan. The sonographer had to even pass us to one of her senior to take over the scan cos she can’t find the 4 heart chambers due to baby’s position. I was also quite glad cos i didn’t like the sonographer cos she was so rough! The day after the scan, my tummy was so painful cos of the pressure she used during the scan. The 2nd sonographer was so much better (and totally not cranky at all), even though she had to work overtime. She was also the sonographer who detected my blocked tubes last year! She finally managed to get the 4 heart chambers and facial features and according to her, everything looks fine. However, she wants me to come back for a 28 week scan as well instead of waiting till 32 weeks scan cos she mentioned my amniotic fluid is subjectively low and she wants to monitor growth of the baby even though right now baby is of a normal size.

After the scan at about 7.15pm, we went in to The Women’s Clinic to see Dr Citra and thought we could just breeze in cos there could not be any other patient before us. But we were wrong, 3 of the patients from the FSC, who got held up during the scan were waiting for Dr Citra! Hahaha
So we had to wait somemore. We were one of the last few patients at the clinic and i was terribly hungry by then. During the follow up consultation with Dr Citra, she went through the report and told us everything looks fine. I asked her about the amniotic fluid but she doesn’t seem too concerned about it. Told me that i shouldn’t worry too much about it and hydrate myself more. Love her positivity! Made me less worried and by the end of the appointment, i figured if she said there’s nothing to be worried about, then there’s really nothing to be worried about kan?

Dr Citra also ordered for me to go through the Oral Glucose Tolerance Test (OGTT) on 7th October. I would be in my 25th weeks by then.
I’m actually not looking forward to it because friends have been telling me how awful the glucose taste! Lol
and also because i’ve been binge-ing on sweet stuff lately. Have i mentioned i gained 3kg in a week? I think because i ate lotsa ice cream and 2 huge durian mooncake! Lol.  So i’m trying hard to drink more fluids and avoid sweet stuff for now. Then lepas tu kita hooray2 lah apa lagik. Ok kidding.

Anyway, i forgot to mention, during the detailed scan, the sonographer managed to confirm the gender. Unlike the 4 heart chambers, the gender was pretty to detect! Lol

Like i said, a lot of people have been guessing it’s a girl. My aunties especially. Cos they said all my weight goes right to my hips.
Very tak flattering i tell you and then some people guessed it’s a boy cos they said i was glowing. But i tell you, it’s actually a fake glow one ok!
U try see me without makeup, i’m a terrible mess. So anyway, nearing the detailed scan, i googled and did some cute “Boy or Girl Test” online. Oh, don’t judge me! Tell me you wouldn’t!

Obviously i was inclined to having a girl, based on the online test.

So this shouldn’t come as a surprise. 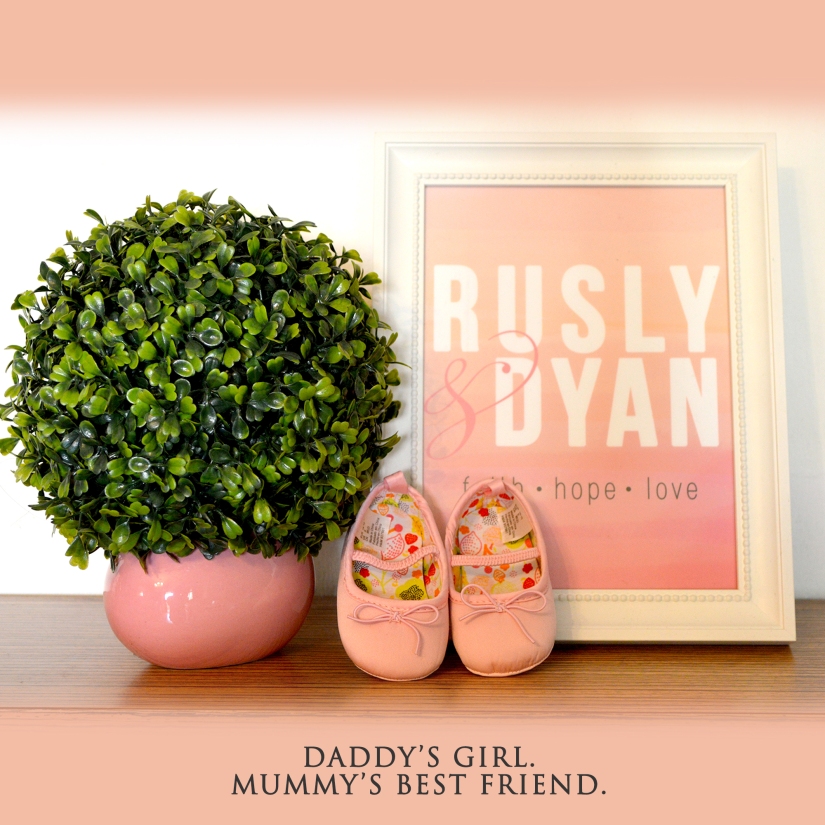 But it still came as a surprise! We’re expecting a baby girl!

So yes, keeping my Chanel for her to inherit in future Insyaallah. Lol
And so here’s me putting all the pink stuff in my online cart. You have no idea how horrified Rusly would be with more pink stuff in the house.
God bless my husband.