Have not mentioned this elsewhere before this except on my Facebook where i asked if anybody had the same thing i felt and it turned out to be pretty common! So i’m not being too lembik afterall!

I had this really bad pain on my left wrist each time i turn it to a certain angle. I initially thought it was some minor cramps but it was persistent and then it had me thinking if i’d accidentally sprained it without realising it. so i did some reading up and kinda figured out that it could be De Quervain Tenosyvitis.

It mainly affects the base of my thumb to my wrist. So painful that even turning a tap is painful. In fact anything that involves carrying, turning and pinching.

So i arranged to see a specialist at NUH to get them to confirm and treat it asap cos it was affecting the way i do things. I fear the day i’ll accidentally drop Nadya when it strikes me.

I managed to score an appointment last Friday and after doing the Finkelstein’s Test, it was indeed De Quervain Tenosyvitis or in layman’s term, Mummy’s Wrist. It mostly affects new mummies with babies between 3-5mths old cos that’s when they’ll start wriggling and all. It’s also because of how we hold the bottle or that habit of carrying baby by their armpits.

It’ll usually affect the left wrist if you’re a right hander cos the left wrist is not used to doing so much work and suddenly they have to do so many things at one go and the tendons are angry! Actually that was how my specialist explained it to me. LOL

According to my doctor two of the tendons share one tunnel and then now one of them is overworked and inflammed and they keep rubbing against each other in the tunnel hence the pain i feel when my wrist is in a certain position. This is not to be confused with the Carpal Tunnel Syndrome which usually happens to pregnant women but usually goes off after birth.

So i asked for the fastest treatment and he recommended me a steroid jab. We’ll see if it works. If it does not, we’ll do a second jab and if it does not work as well, surgery would be the next option.

The steroid jab was quite painful to be honest. I saw him drawing out a lot of fluids from the bottle and the jab seems to go on forever. But after 5 seconds or so, u’re kinda numb already. The pain from the steroid jab came back about 2 hours later. But i just sedapkan hati and say that it’s the steroid doing it’s job. Of course pain lah.

I thought a steroid jab and that’s it. We can partehhhhhhh. 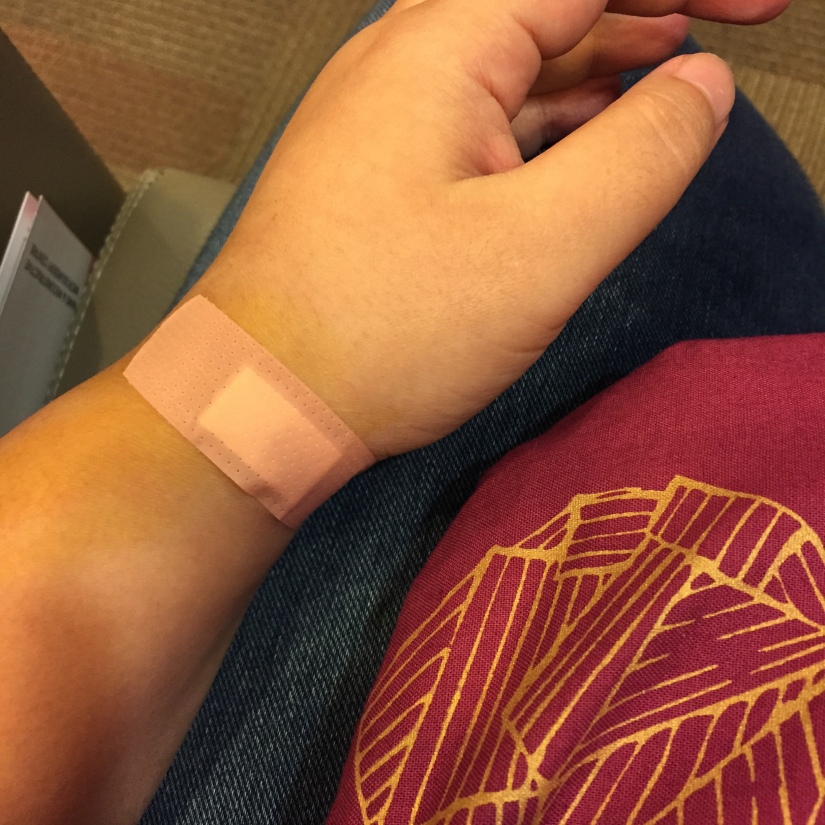 Sekali i had to get a custom splint done so i don’t overwork my thumb and wrist again. It was the rigid splint and damn ugly. 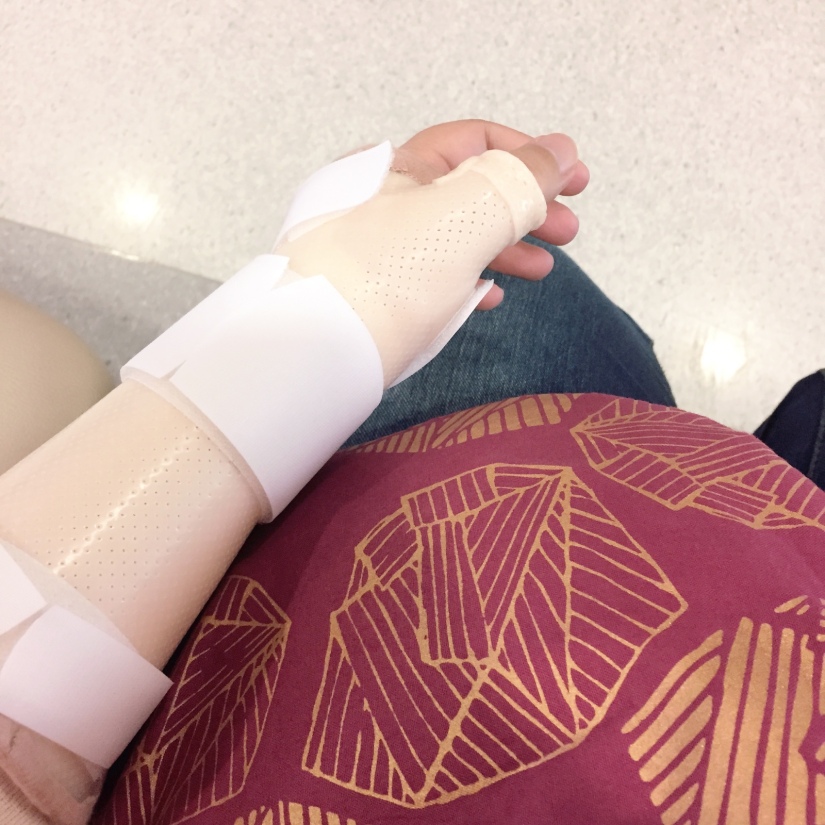 Three weeks to wear this. If the pain persists, they’ll do the 2nd jab on me.
Hopefully not ah. Cos malas nak pakai ni splint lagik.